Egg or hen? ellipse and composites 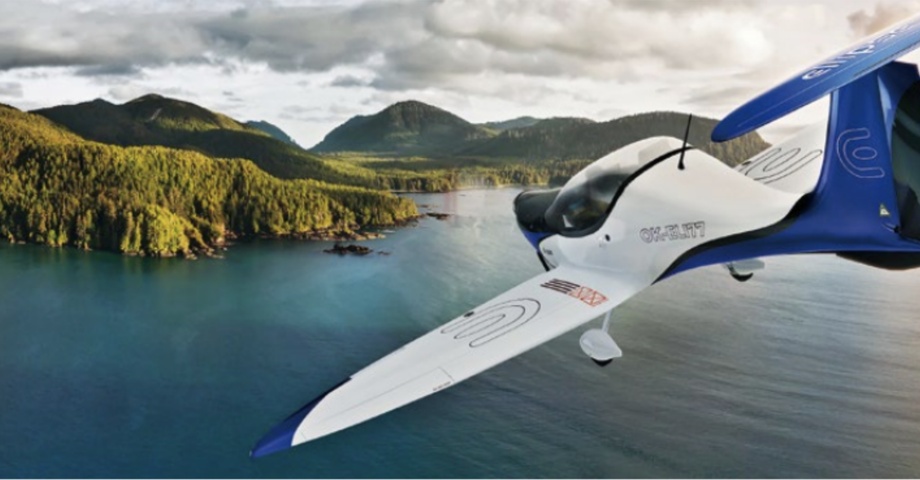 To this day, many pilots keep passionately discussing which plane is better: metal or composite? It is usually a heated debate and often resembles the discussion on the egg and hen. Everybody is correct, and only s/he is right. And very similar arguments started in the late '60s and early '70s between the engineers and aerodynamics specialists.

But what was the journey of the composite materials from sailplanes to the ultralights and airplanes carrying hundreds of passengers? What does it mean when we speak about carbon, kevlar, aramid, glass fiber, and resins?

In 1965, an Akaflieg Darmstadt D-36 (a composite glider) piloted by Rolf Späning took second place in the open class category at the World Gliding Championships in South Cerney, England. The glider was constructed of composites; it was a fibreglass glider with balsa wood fillers, the spar was also composite. The main strength and stiffness of the spar were provided by the fibreglass rovings and the fibreglass fabric.

Despite the excellent sporting result, the glider had several problems. The German national team and the pilots started calling it "gummiflügel", perhaps best translated as "rubber plane". But the D-36 was not the only one at the time.

The second composite aircraft was the Phoebus in the standard class at the same event. It finished in eighth place, which was not bad, but not good enough to introduce composites as a direction for future glider development. Instead, it seemed that the Ka 6 would be the typical representative of further development.

Then, in the late 1960s, there was tension between the designers, who had their doubts about the possibilities of composites for aircraft design, and the aerodynamicists, who considered the composites as a designing material for achieving new shapes with greater aerodynamic purity and, therefore, higher speed.

Besides, a growing number of engineers advocating the use of aluminium alloys to further increase the performance of gliders (e.g. Sisu, HP-12, Meteor) voiced their concerns louder and louder.

Even though the designers were still solving many problems (flutter, stiffness, temperature resistance, etc.), it did not take more than three years, and there were already 30 composite gliders at the competition in Leszno, Poland. In 1972 in Vrsar, Yugoslavia, there were ten wooden and one metal glider out of 89 competitors.

But if it was clear by the early 1970s that composites would become the material of choice for high-performance gliders, it took almost another decade before Kevlar and carbon fibre became affordable and low-weight, and high-strength gliders could be produced.

And how is it today?

Today, aircraft production from composite materials is developing rapidly. It is possible to work with pre-pregs (pre-fabricated fabrics). Moulds can be printed on 3D printers, fabrics can be cut on routers, and autoclaves can be used. Technological progress in this area is rapid.

And how did the decision to build the ellipse as a composite aircraft come about? Martin Vyskočil, the father of the shape and aerodynamic properties of the plane, says: "The most important requirements were cruising speed and safety. The strength of the cockpit in a backflip was also considered."

So what composite materials were supposed to bring to gliders in the late 1970s, they got to the ellipse 40 years later - high strength, stiffness, safety and speed.

These materials also made it possible to use more sophisticated technological features. In the words of Martin Vyskočil, who can describe the aircraft in the language of an aerodynamic designer: "An ellipse is a low-wing plane with an elliptical wing that has an integrated slot on the leading edge of the wing at the aileron section and is equipped with an effective fowler flap.

The elliptical plan of the wing has the main axis of the ellipse located at a profile depth of 70 % so that the flap and ailerons are offset perpendicular to the airflow. The wing centreline in the spanwise direction is curved so that the upper surface of the wing forms a straight line at its maximum thickness.

The wing is split and joined by means of cracks in the centroplane, which carries the landing gear. The tail surfaces are arranged in a 'T' shape. The fuselage is streamlined and has aerodynamically shaped transitions to the wing and vertical tail surfaces."

In particular, the slot and spar require specific manufacturing processes and materials. In addition, a fast aircraft will be aerodynamically highly stressed. This imposes high demands on the strength of the material and the stability of the structure (resistance to corrugation).

Carbon-based composite fabrics have the highest strength characteristics. Carbon fabric is combined with a foam core in a so-called sandwich to achieve optimum dimensioning of the structural elements, which provides both strength and stability capacity at minimum weight.

This results in high strength and stiffness of the aircraft, which is essential not only in terms of static but also in the dynamic stresses on the structure, especially in resisting critical aeroelastic phenomena (e.g. flutter). For the crew's safety, the cockpit must also be provided with a protective aramid layer, as the carbon fabric shatters in the event of destruction and could cause injury to the crew. Nevertheless, even with this additional layer, carbon fabric is preferable.

Composite technology also suits the requirements of mass production well. The moulds for the individual elements of the aircraft structure are invariable, and the resulting complex shape will always be the same. It is not necessary to construct several jigs for the production of parts. The final products are dimensionally stable even under external influences (temperature, humidity).

It is not common for this issue to be routinely discussed concerning the code requirements for UL category aircraft. However, it is known that fatigue cracks propagate very poorly in composite materials, which is why composite material was chosen for the Ellipse aircraft at the outset.

The problems with composite materials are different. They are due to the technology and are also directly proportional to the level of manual labour involved in manufacturing the composite structure. Among the problematic phenomena is the so-called delamination, i.e. the peeling off of the individual layers of the fabric and thus the loss of strength.

Hand technology also causes variance in the quality of a given composite layer, with different saturation of the layers resulting in various component strengths. These problems are already taken into account by the regulation.

An additional safety factor for the structure is required to incorporate the effects of the composite manufacturing technology to make the aircraft safe. With the development of composite technology and the increased automation of production (elimination of the human factor in production), there is the potential for a reduction of this additional safety factor and thus a significant improvement of the aircraft structure.

And what did the ellipse composites bring?

From the very concept of the aircraft, which from the beginning included the use of an elliptical wing, it is evident that the use of wood or sheet metal would not be possible. There is no place on the entire exterior surface of the ellipse where there is a straight surface (or a surface with a single curvature).

There are surfaces with double curvature (collapsed surfaces). To produce these surfaces in wood or sheet metal would be very laborious and expensive and, in some details, impossible. Knowing that CNC technology and composite materials would be used in aircraft production opened up enormous possibilities in terms of aircraft design.

Composite fabrics handle complex shaped surfaces very well. In terms of stability, such surfaces are even more advantageous. Stacking the individual layers makes it possible to achieve optimum dimensioning at each point of the structure and thus achieve optimum weight for each part.

It has been possible to design a complex shaping of the aircraft that is aerodynamically and strength-wise more advantageous, thus achieving higher performance. The choice of composite materials made it possible to move the ellipse to the edge of the technical possibilities of the time.

It was possible to implement a unique aerodynamic solution without technological limitations. The advanced structural design allowed the synergy of CAD/CAM systems capabilities with sensitive structure sizing at the limit of material possibilities. Exceptional aircraft safety was achieved both in terms of in-flight behaviour and crew protection in the event of an accident.

Over the years, there have been changes in the legislative field and shifts in the technological area, opening up even more opportunities for ellipse to move forward and improve. It is clear that the concept's potential has not yet been fully exhausted and can be pushed further.

And is it egg or hen?

Time, technology and real flying aircraft have already shown that composite construction allows the design and construction of modern, fast aircraft on which designers can ideally balance the properties of materials, the requirements of the regulatory base and use this balance to the benefit of the pilot.

However, the debate on whether aluminium or composites is still ongoing. And that is undoubtedly a good thing. I think we will miss it. What about you? What's more important? Egg or hen?

Roving: A bundle of unidirectional fibres, best thought of as a thread. It is used where we need to transfer tensile or compressive loads. Rovings are also used to weave biaxial and multiaxial fabrics.

AramidTM: A material otherwise known as Kevlar. It is a synthetic material mainly used in aviation in parts of the structure where high resistance to impact damage is needed, such as cockpit safety parts.

Carbon: Pure carbon fibres are characterised by high strength and stiffness at low density. In aircraft construction, they are usually used in fabric or roving for strength components, such as the spar and wing covering.

FAQ part 1: general aviation vs. ultralight (and FG or RG)