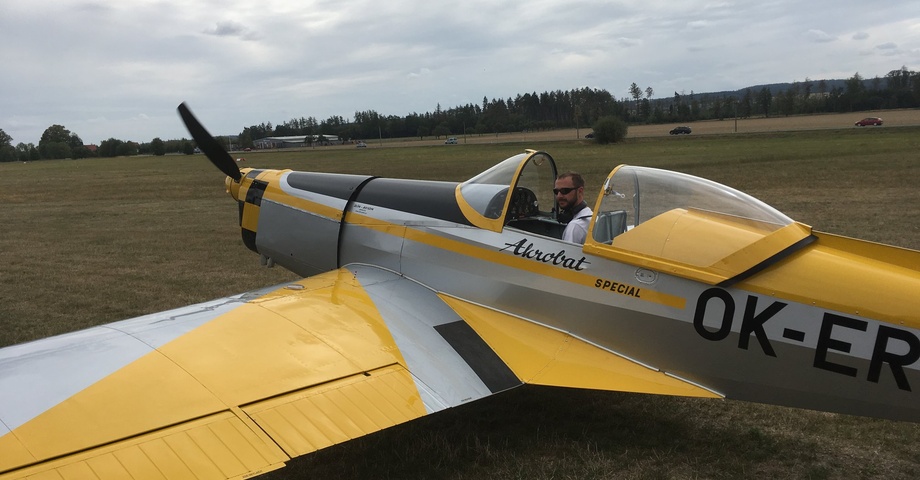 The second, professionally younger designer, is Honza Vavřín. Honza joined ellipse later, but his intense flying experience is evident in his work for ellipse. He usually immediately verifies how things work. Honza’s aviation experience from gliders to twin-engine aircraft also brings us ideas that would otherwise remain hidden.

We enjoy how he can immediately apply his perfect knowledge of the Czech engineering school to the 20th century or how he describes the clever landing gear closing mechanism on the L40 with a twinkle in his eye.

Honza is now the head of our development department, so the best to tell us about the future of ellipse:

I was born in Litomyšl in 1987, but I spent my entire childhood in the neighbouring town of Vysoké Mýto. As a large part of my family was and still is active in the local aeroclub, the airport in Mýto was a second home for me. My childhood was related to building kits and flying models and scouting and wandering in nature.

I started flying gliders as soon as possible, at the age of 14, and since then, flying has occupied most of my time. Gliding was gradually supplemented by motor flying. My goal at the time was clear; to become a professional pilot. Since there was no secondary school directly focused on flying, I decided to study aeronautical construction at the Technical High School in Odolena Voda.

After graduating from secondary school, I entered the Faculty of Mechanical Engineering at the Czech Technical University in Prague, first for a bachelor's degree in applied mechanics and then for a master's degree in aircraft engineering. I spent one term studying aeronautical design at the University of Glasgow in Scotland during my university studies.

I gradually built up my aeronautical ratings during my studies and gained a commercial pilot rating, an instructor's licence in both gliders and powered aircraft, and a multi-engine licence. However, I gradually discovered that a professional flying career was not for me, and I was much more interested in aircraft design.

In my first job as a designer, I worked on the TwinShark glider, but since 2018 I have been working at ellipse aero, now as chief designer and head of R&D.

Unfortunately, I don't recall it. Since I was a kid, I've been at the airport, and I know my first flying experiences more from my parents' stories. From them, I know that I flew in a glider for the first time; I didn't want to get into a motor plane because I was afraid of the engine noise.

You are still an active pilot, and speaking of firsts, what was your first solo? Do you remember it?

I flew my first solo in a glider L 23 Super Blaník one summer evening at the airport in Mýto. As usual, I was far more worried about the pre-solo checks than I was about flying alone. Fortunately, both (meaning the test and the solo) went well, and I started flying solo. Now I'm reviewing new pilots for solo, and I'm even more scared on their first flight than I was back then during my review.

What led you to study aeronautical design?

In high school, there was a shortage of pilot schools. I didn't just want to study how to fly an aeroplane; I wanted to learn something else if flying didn't work out. In the end, it turned out that design won out and flying became just a hobby.

Did the college meet your ideas about your future profession?

I enjoyed college, and it gave me an excellent theoretical foundation that I still draw on. The only thing that I think is missing in college is a greater connection with practice, which would make you realise that some things that seem complicated when studying are simple. On the contrary, seemingly unimportant details are essential for the outcome.

As an aeronautical engineer, what do you value most in your work so far?

I consider my most outstanding achievement my participation in developing the TwinShark glider, where I designed, for example, the complete control mechanism, which the pilots praise very much. I prepared the aircraft for a new certification with an MTOM of 600 kg with the ellipse. I modified several moulds, wholly redesigned the production documentation, and am now working on projects visible to pilots, which will soon see the light of day.

And what has been the biggest disappointment you have experienced in your work so far?

I don't know, I don't have one major disappointment related to design work. Of course, there have been failed tests of parts I have worked on, for example. These failures, however, bring lessons learned, and the experience gained is invaluable.

How do you recognise success in your work? How do you know if your work is successful?

I consider it a success when we manage to design a functional part that we can easily produce, and then it serves the user’s satisfaction. Personally, the most valuable thing for me is when my work is praised by a person who has been using the products I have designed for a long time.

Are there any emerging technologies that are moving aviation and your work forward?

Several new technologies apply to aviation. For example, I would single out 3D printing, which can be used to rapidly prototype and manufacture products without having to involve subcontractors in the process.

Flying is deeply intertwined with my personal life. A large part of my family flies, and for some of them, flying, or activities related to it, is also a job. My girlfriend, who is even a national team member in gliding, also flies. For me, gliding is still my biggest hobby. But lately, I have been trying more and more to do other activities unrelated to flying — for example, hiking and rock climbing. You can't overdo it with flying either.

What was your path to the ellipse?

I got into ellipse a few years ago through a friend in the sailing community. At the time, I was starting to work on my own, and ellipse was one of the projects I got involved in. I gradually phased out the other projects and now ellipse is my main and only job.

What, from your professional point of view, makes ellipse special? Interesting? Different? Entertaining?

Compared to most ultralights, the ellipse is very different. At first glance, its elliptical slot wing, which is more demanding to manufacture than a conventional wing, has excellent aerodynamic properties. I was very impressed by the handling, which is comparable to classic aerobatic aircraft.

And what are you working on now? What will be changed or improved on the ellipse soon?

What's the question you've always wanted to get and never got around to asking?

I think the last question should be: What will be the next plane after the ellipse? I don't know yet, but I'm sure it will be worth it.  And if it were just me, it would be a glider. 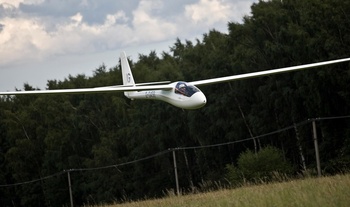 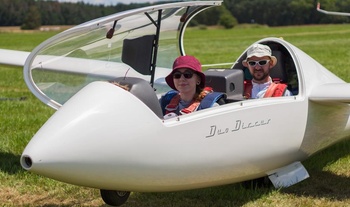