Arnold Koval is a production supervisor. He's been around aviation ever since he was a probie at 16, when he got his first close-up look at what it's like to work in an aviation company.

Since then, he has worked in many positions, from pre-production to assembly. He now works at ellipse as a production supervisor, a bit like being a lifeguard on a slave ship, but with a captain's powers. He takes care of the material, plans the daily activities, monitors the quality, helps when things go wrong, reassures, encourages, motivates, and of course, when things go wrong, it's always his fault.

In addition to handling all this with professionalism and peace of mind, he adds his big heart, which he divides between work and family.

Can you remember the first time you flew? What was it like?

I had my first flying experience when I was about four years old. It was on a domestic LKFR, and it was in AN 2. Andula - I still remember it - was stumbling through a turn, and I thought we were falling. That was probably the most powerful and first experience in a plane :). And that time Andula didn't even crash.

What was the earlier desire - to fly and then work in an aviation company (albeit on parachutes), or was it the other way around?

The desire to fly gliders came almost immediately after I started working for Sky Paragliders at 16. The production manager at the time took me on a tandem test flight. From then on, everything started to go differently. I was working on producing these paragliders under the guidance of aviation celebrities like Milan Michna and Tomas Lednik, and I started to look only at the sky to see if something was flying.

At the age of seventeen, everything finally came together. I stopped just looking upwards, wanting to be up there, but I got into the air myself.

Sky organized the "Opening of the Sky" event under Stolová hora, and there I met the instructor František Pavloušek, still known as Pavloušek. And soon everything was arranged. All that was left was to announce it at home, and since I was not yet 18 years old, my parents’ consent was required.

When it was all arranged, there was a somewhat resigned answer: " What are we going to do with you? If we don't sign it now, next year, you will sign it yourself".

Then it all just got connected. After high school, one is full of ambition based on what one wants to achieve and what brings one joy. For me, it was the joy of joining a company that produces joy and the beauty of free flight in the clouds, and that was more appealing than a degree in electrical engineering :).

And the next logical step away from the gliding industry was that I started working in aircraft assembly. But the joy of the beauty and experience that what we do brings to pilots has stayed with me to this day, whether the profiles are fixed or flexible.

What did your family say about flying, and how do they feel that sometimes you have to do some in-flight tests and diagnostics, even in an aeroplane?

When I was still living with my parents, they were always worried, but it's natural to be worried about your child, but they got used to it. Now I have my own family and kids to worry about, so I understand. I'm taking a break from flying gliders until the kids are at least into their teens; my head will need a reset.

At the moment, there are plenty of opportunities to get a bum ride on our beautiful plane; my wife was worried about it and wasn't too keen. People are often afraid of what they don't know, so the path of least resistance is to show them what it's like.

One beautiful evening we did, and my wife took a ride and found out why we love flying. That solved the problem in the best way. And the kids, since we live a stone's throw from LKFR, know the ellipse from afar and can't resist every opportunity to at least sit in the plane.

Is there one thing you love most about working for the industry?

I would answer, I guess, that I do an exceptional job. I'm not made for assembly line-type work or anything like that. And even though the work costs me a lot of effort and trouble, you always think, "it's worth it" at the airport; I do an extraordinary job. Whether it was parachutes or aeroplanes, other people will still look at it in awe, and I can say, this is my job.

What is the one crucial thing that passes through your hands that every pilot will recognize?

Technically, I've been in charge of production since the beginning of the ellipse's journey, so it all starts at the lamination, where I try to ensure that when the long parts are made, everything is already lovely as it should be.

I'm also in charge of the final assembly, where the final form of the era is already taking shape before our eyes. There you have to make sure that everything looks nice and works as it should. When we are done in the workshop, let's go to the airport to prepare the plane for the flight and then hand it over to the customer. So, I've got a whole ellipse going through my hands. 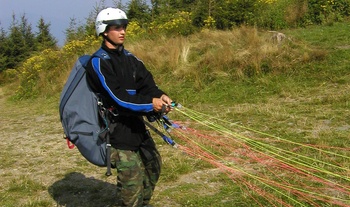 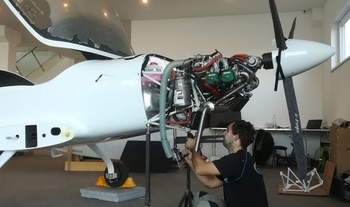 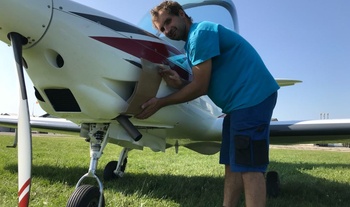 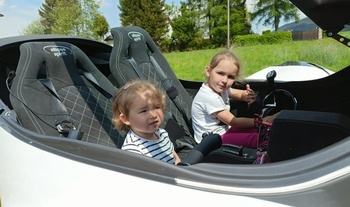 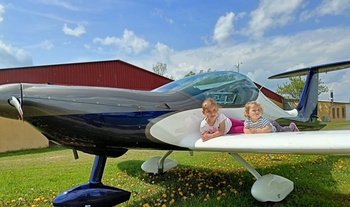 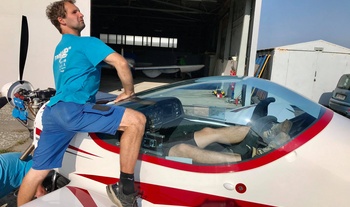 Who produced your plane