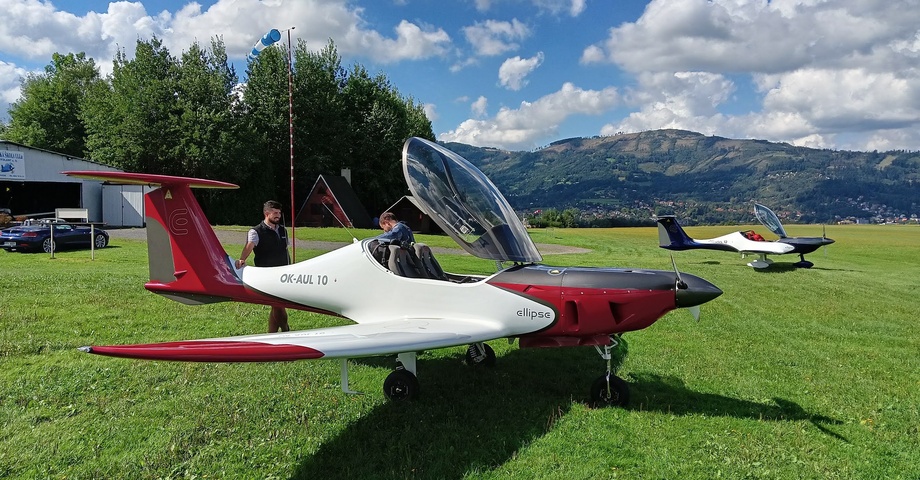 The festival of ultralight flying in Blois, France, is one of the legendary, famous and popular gatherings of pilots, manufacturers and plane fans. It is not only popular with French pilots but attracts all European lovers.

We've already published a story about the show itself; now, let's look at how we flew there, how it went and what pitfalls to expect on the 1,300 km long route. Let us make it an invitation to fly with us in 2023 and see that the flight and the show are a blast.

We travelled in two ellipse aircraft: the OK UUL 12, a version with a ROTAX 912 ULS engine with a fixed gear and a high, so-called comfort canopy; and the OK AUL 10, which is an ellipse with a ROTAX 912 iS engine with retractable gear and a cruise canopy, which we call the "cruise version" in the configurator. From the beginning, we planned the trip as a formation flight, and we wanted to fly via a single flight plan because it simply stretches better in two and on long crossings, it seemed better to fly together.

At first, we had no idea how much we had to pack. It looked terrifying. We had a promotional inflatable ellipse tent with us, three tents to give us somewhere to sleep as it was a long way from Blois airport to everywhere. It was better to stay directly in the camp set up at the airport by the organisers. In addition, we carried sleeping bags, mattresses and quite a lot of personal belongings. On top of that, we added company merch, catalogues and other printed materials, which we managed to load into two planes so that we could present the ellipse to interested parties in a dignified manner.

There were three of us sharing two planes, so we ended up taking it all in, although we didn't avoid running between planes and shuffling things around to spread the load weight evenly. Debates included whether it was better to have a chunk of guy or a promotional tent in the front seat, but there were no fierce fights.

The route from Frýdlant to Blois

We divided the whole route into three sections. We didn't want to risk the lack of fuel; we tried to stretch and have a coffee and not be distracted by the various physiological pressures of the long course. We broke the route down into LKFR - LKHS, LKHS - EDTF and finally EDTF - LFOQ.

We took off from Frýdlant nad Ostravicí, had about 30 litres of fuel in each plane and flew individually. However, during the flight, it turned out that we were flying to Hosin together because the lead of OK UUL 12 with fixed gear was quickly liquidated by OK AUL 10 with retractable gear. We flew from LKFR to LKHS, about 300 km, without a plan and considered this initial jump a kind of warm-up, knowing that Hosin would be an excellent place to have lunch and refuel.

Summing up: We spent 1:23 minutes on the first section, and with a slight tailwind, it showed an excellent 217 km/h on average.

We refuelled in Hosin (even nowadays at a hellish 58 CZK per litre), drank coke and coffee, ate the last of the soup left in the local restaurant, and paid by pouring the price of lunch in the change we had scraped together through the bars of the closed cafeteria and got ready to move on.

In Hosin, we filed a plan for the LKHS - EDTF (Freiburg) route, which is straight-line navigation through Germany without significant complications or detours. To avoid questions and delays in validating the plan, we caught up on a few VFR waypoints according to SkyDemon, filed the plan, and once it was validated, got in the planes and headed to the start.

Immediately after takeoff, we activated the plan, skipped the Bohemian Forest and flew over Germany. You could almost say it was boring. Fortunately, Ingolstadt was soon; we could look at thousands of cars in a vast car park, all wrapped in plastic cocoons, then we looked, searched and had a little inkling of Munich; once the scenery became interesting and the hills appeared, we were zigzagging through the valley and descending to Freiburg for landing.

There the controller let us straight into a circuit that wasn't published but was shorter for us. We landed, even in a formation, which the German AIP doesn't like, but the controller was okay with it. We filled the iS ellipse in the RG version with 34 litres again by the plug in about 2,5 hours of flight, and the fixed gear with carburettor with a total of 41 litres. The price was 2,3 euros for MoGas, and the landing fee was 12,50 euros.

There is also a free briefing in Freiburg with a fridge full of drinks, including champagne. Still, as we hadn't discovered a system to pay for the drinks, we didn't dare to just raid the fridge and preferred to finish our Hosin supplies.

From Freiburg to Blois it was starting to look exciting; sunset in Blois was 20:30 in the summertime, we were given a landing slot at 20.25 and in Freiburg, we waited for confirmation of the plan. Five o'clock local time was getting pretty close, and we were already looking for somewhere to fly if we missed it.

We had read a comprehensive publication on how to arrive in Blois, we believed the organisers' threats that it was impossible to land without a slot, that we needed to be precise, and we were already thinking a bit about how we would manage.

We took off and climbed almost 6000 feet, getting ready to fly over the cross-border mountain passes. We were flying about 160 km/ph IAS, and Sky Demon was relentlessly reporting an ETA of 20:50.

We flew through some showers over France, occasionally ducking to avoid clouds, but otherwise, it was still a breeze. The landscape changed from a beautiful green to a yellow-brown arid plain. We flew past the decommissioned nukes, crossed the Seine, and slowly approached Blois, where they were testing ATIS exactly as requested, looking for an entry point and trying to make a call.

Eventually, we got through to Tower, who, with surprisingly good English, put us on a different frequency designed specifically for communication in English for arrivals to the festival from the north (entry point N), saying that the controller didn't speak English well. Obviously, there was no rush; we had to circle for almost another 10 minutes as there was an aerobatics drill going on over the runway along the "display line" and we couldn't land.

At registration, we were given unique call signs, so our OKs suddenly became something like S-M 845 and S-M 844. The controller didn't care about the slots, and once the aerobats landed, he sent us to the final 30, on the tarmac. We landed at about 20:33, a few minutes after sunset. Still, with other ULMs coming in after us, it wasn't so hot with the slot organisation and consistency, more like a French thing. We rolled in, parked and started looking for registration and something to eat. You'll read the rest of the show in the following article.

Some statistics and impressions

It flew great; we didn't have any complications anywhere. The controllers over Germany and France gave us a break; they didn't talk unnecessarily, just switched us from frequency to frequency, which SkyDemon queued up flawlessly. Their phraseology was so strange; sometimes we were L12, sometimes OL12, often they just said a number straight away and quickly and in one word told us what they wanted us to do. We heard the unpopular phrase "say again" more often from them than we would have used it. It was the same with other planes coming down to Blois from Czech Republic towards evening.

The petrol usage of carburettor engine was almost 2 litres per hour higher for an hour of flying at around 6,000, the iS was flying at around 14 to 15 litres, if we pushed up it was up to 17 litres, the overall average was 15.4 litres on the iS including demo flights all the way back, on the carburettor engine the consumption including the return trip was about 17.2 litres.

We flew high and quite fast; our speed did not drop below 210 km/h (GPS), rather, we were looking for level so we always had a tailwind, and the consumption was redeemed by the higher cruising speed.

For the duration of the festival, we were granted an exemption. We did not have to apply for a permit to fly for aircraft certified to 600 kg. Otherwise, in France, the UL is for aircraft up to 525 kg or, according to the original certification, 472.5 kg (or 450 without the rescue system).

You can see the map of our journey from the SkyDiamond app in the gallery below. 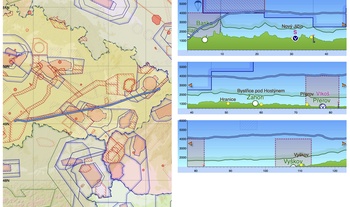 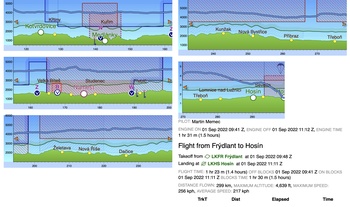 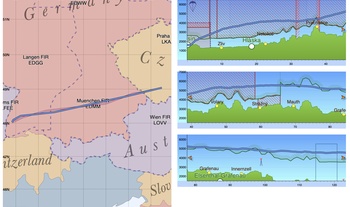 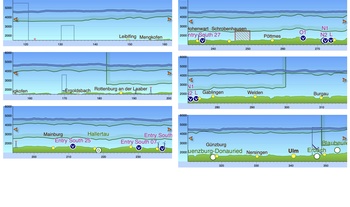 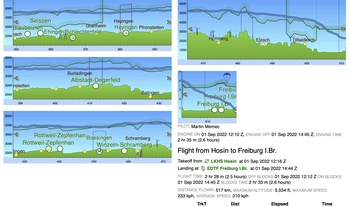 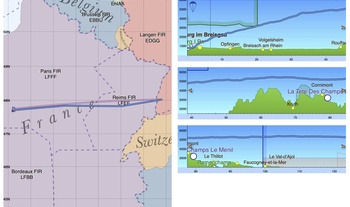 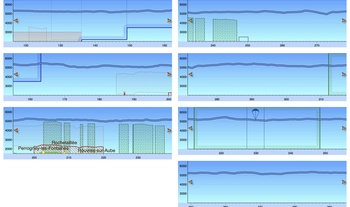 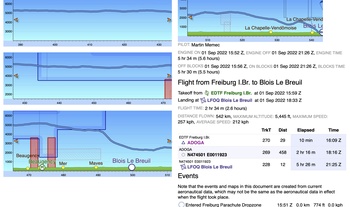 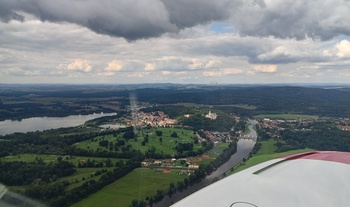 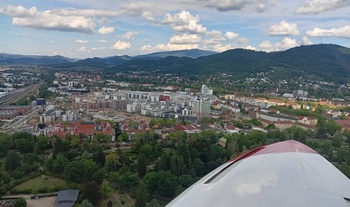 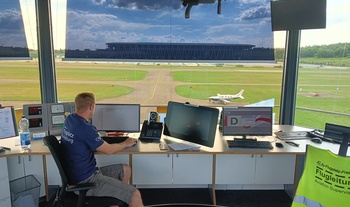 FAQ part 3: How to choose the best ultralight plane