One of the many school definitions of surrealism still used today is a quote attributed to André Breton. "It is as beautiful as the chance meeting of a sewing machine and an umbrella on an operating table." And a similar meeting happened in Albrechtice close to Český Těšín.

In one place, in the passage of time, the RAF pilots, the genius loci of the businessman and coal miner, the politician Jan Jindřich Larisch, and the ultralight aircraft ellipse meet imaginatively. So how did the umbrella meet the sewing machine?

Meeting one: the famous farmhouse

Around Karviná, in the mid-19th century, mines were being feverishly developed, the first steelworks were being built and the then forgotten Silesia was booming. Along with the influx of people from all over the Austro-Hungarian Empire, the agricultural infrastructure of the region had to develop.

The Larisch family developed not only the mining industry but also farms and farmyards. It was the farm on the hill with the farm building called Belgrade, which gave the name to the whole local area today, that went through all the imaginable twists and turns of the 1950s, with many other alterations and difficulties at the end of the century.

In fact, the farmhouse has retained all the layers of the era – from the lofty, the festive, and finally the strictly pragmatic, when the point of farmhouse management was to catch up, to get ahead, and to do it in the shortest possible time.

It was home to many generations and gave joy to many children for whom the yard was their whole world, and at the same time it was a house of culture, it was a pub, a cultural hall, a marriage hall and suddenly, after all that, it was empty and it almost seemed that the silence that could be heard from every corner of the farmhouse would be the last sense of the 150-year-old premises.

Historic paving stones covered in asphalt, the remains of a petrol station in the middle of the courtyard, a buried and walled wine cellar with a number of ancient promissory notes and bills of exchange, the demolished vaults of the once noble riding hall with layers of fine sand stuck on them, have become the germ of a complete transformation in which the site is slowly coming to life with modern technology, exceptional production and is gradually taking shape and meaning again.

In the reconstructed premises, aircraft are being produced that will give joy and happiness, while honouring the tradition and spirit of a strong family, all the generations and people who have kept the farm going even in times when it was not easy, and thanks to whom the production space for the Ellipse ultralight aircraft can be created.

It is an all-composite carbon aircraft with a number of unique, patented solutions, including an elliptical wing, fixed aerodynamic slot in the wing, elliptical horizontal tailplane, steering by modern sidesticks or classic sticks, and a broken main spar, wide, comfortable canopy, exceptional performance and high speed that is almost imperceptible through the comfort of the cabin, long-range, integrated large wing tanks, fixed landing gear, retractable landing gear, take-off weight 600 kg, range of engines from 100 to 140 hp.

In short, in terms of appearance, performance and charisma, it is a small Czech Spitfire, as Czech journalists called it after the first test flights a few years ago.

When ellipse is compared to the Spitfire, it is not just a marketing metaphor for the manufacturer. It is one of the many historical legacies to be cherished and nurtured. The farmhouse has been restored with respect for all of its history, with a minimum of demolition, preserving those 150-year-old bricks and roof planks.

The chance to build the Ellipse was brought about by the Czech pilots in the RAF, and although this commemoration may be a little overwrought with the froth of today, the pilots should not be forgotten and remembered. Not with flowers and metals, but with what they made possible.

Not to forget those who have not had major monographs published, films made about them, or become the subject of books and radio plays. Yet it is necessary to remember them; to remember them in those values that are easily forgotten.

The reconstructed production in the farmhouse reminds us of Karel Pošta, Václav Jícha and František Doležal and the wall of fame is ready for others to appear there, a little forgotten, a little less famous, but still exceptional.

František Doležal was the first. The first to sit in a Spitfire and fly. And he was the one on whom the others descended to tell them what an aeroplane it was, how it behaved, how it worked and what a beauty it was. Without the first, the second and the third and the next can't come, and being the first is always a commitment to that line of others.

František Doležal was also among the first to return home in May 1945 and was unfortunately among the first to die in the post-war peacetime, in his case in an air crash also in the autumn of 1945. Even for the Ellipse aero company's wall of fame in the former stables of the Larisch farmhouse, that first ...

Václav Jícha was an excellent pilot. Like many other Czech pilots in the RAF. But he was also the first Czech test pilot for the Spitfire manufacturers at Cosford, and in the process, he was responsible for an incredible 1,287 aircraft. Václav Jích should be paid tribute to and remembered for his courage, his ability to understand the details and the fact that it was he who, through his work, guaranteed the reliability of aircraft for operational pilots.

Karel Pošta symbolises on the wall of fame honesty, perseverance, determination and the ability to cope with every twist and turn of life. His incredibly convoluted professional and personal life with its many departures, escapes and returns must be remembered because perseverance is what leads to the finish line. Perseverance is also the reason why the farm, stables and today's production hall for small ultralight "Spitfires" were built.

And the coincidence that an umbrella and a sewing machine met on the operating table brought together the ultralight modern Ellipse aircraft with the long tradition of the Larisch farm and the reminder of those who once found flying enchanting and it became their destiny. And it's as beautiful as when André Breton once said it to define surrealism. 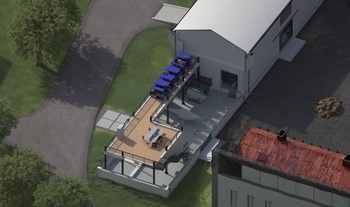 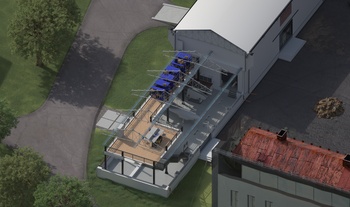 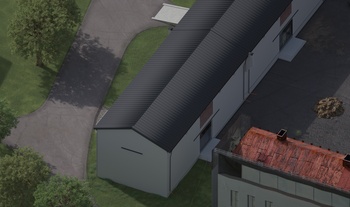 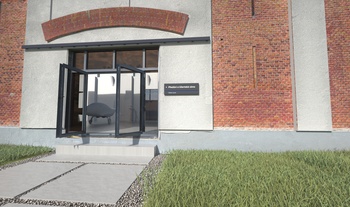 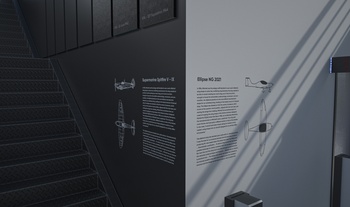 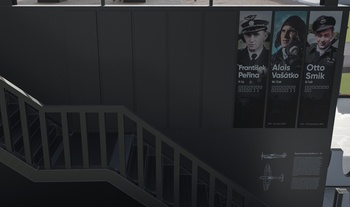 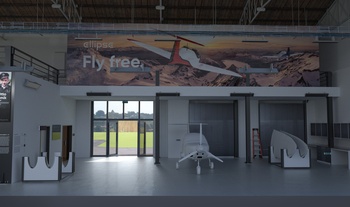